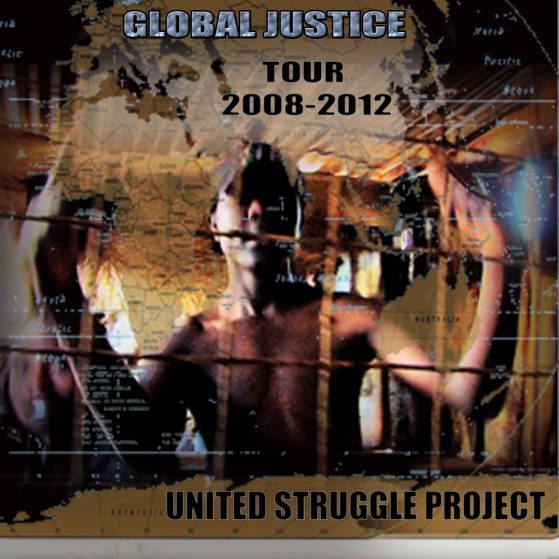 Talent for the project has been recorded on location by project creator Izzy Brown (Melbourne hip-hop band Combat Wombat) It gives displaced artists in Palestine, Afghanistan, Africa, Cambodia, and Australia a platform to express themselves & their community’s situation.

Producers from around the world delved deep into their hard drives to donate beats to host unheard voices of displaced peoples. I then took the donated beats to those artists in places with little access to beat making technology to collaborate on. From slums to refugee camps, prisons, detention centres and remote communities in Australia such as Palm Island

Beats were donated to the project by numerous world renowned and local producers, such as Monkeymarc, DJ Wasabi, Biscotti, Oliver Butterfield, Darkside and many more

Izzy Brown – I was first inspired to do this project while in Kenya filming the documentary Ghettomoto (screened at London International Documentery Film Festival) – about the journey of hip-hop spoken word poet Timothy Mwaura, following the post election violence in 2008.

During the filming I was approached daily by artists from the slums in Nairobi to produce music videos of their songs. I noticed the huge demand but lack of accessible equipment and skills in video production for people in these poverty stricken areas.

The song ‘Bow Down No Way’, a collaborative track between Shoeshine Boy from Mukurru slum and Adel from Star Studios in Nairobi, with Monkeymarc (Combat Wombat) and myself is an example of what the Unites Struggle Project can achieve on a much larger scale. The video clip was shot in Nairobi, Melbourne and Alice Springs and the song draws parallels between the poverty of indigenous people in Australia and Africa.

My main motivation is my love of music and belief in social and environmental justice. Music can be used as a tool for change and education to break down walls, create common ground and unite common struggles.